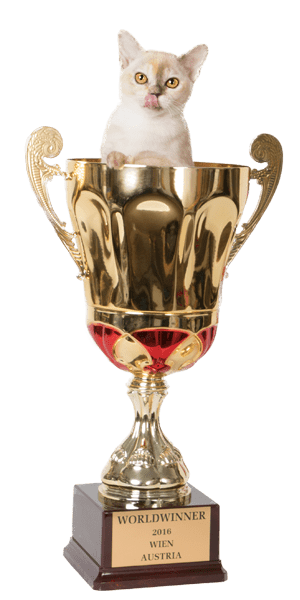 Fall in love with a burmese – is love for forever!

Characteristics of the Burmese cats

The burmese is a medium-size, elegant cat with an oriental background. The Burmese is very fond of people and her second name is the “human cat”. Significant features of the breed are the silky hair and the impressive eyes. She has a very significant colour genetics and that makes her a distinct breed, in England and the U.S.A she is one of the best known and popular breeds.

The elegant appearance and the convincing character of the Burmesecat make her irresistible. Her charm makes her special and her sense of team spirit towards her owners makes her to a “peoples cat”. Her love and commitment don’t have any borders. Her favourite sleeping place is next to “her human”.

The Burmese show a lot of temperament, she needs more than other cats, one’s full attention.It would never come to their mind that somebody doesn’t like them. Especially young Burmese are great partners for cats that are already living in a household. They get used to their new surroundings really quickly and are very adaptable.

Everybody loves their witty and curious character. They always get new ideas, so they will change the life of their new owners: they improve it! 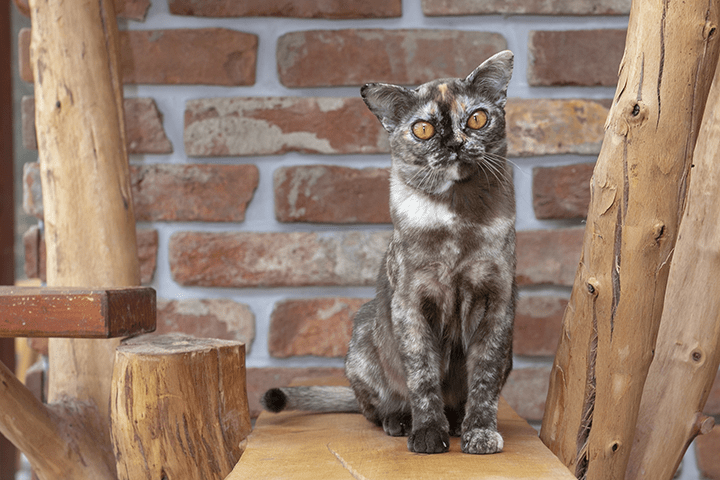 The care taking of a Burmese is very easy. The fur is short and she has no seasonal change of the coat. So she doesn’t need to be brushed daily nor does she need a bath. It is enough to brush her every now and then with a rubber brush or pet her fur to give her a shiny coat.

The Burmese is also known as a healthy and strong cat. Her strong will gives her the energy never to give up. Therefore these cats often get 19 years and older, keeping their sunny temperament and playful behaviour in old age. The Burmese have ten internationally accepted colour variations.

Colours of the Burmese cats: